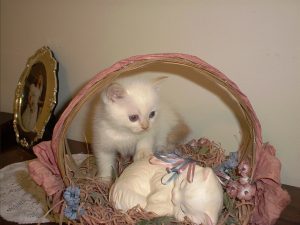 Louie was a very unique kitty. He came to me during a very difficult time in my life and helped me through some even more difficult times. To say that he was part of the family would be an understatement. He was my child. He is the closest thing to a child I ever had or ever will have. He left a huge hole in my heart and nothing can replace him.

One of his favorite things to do was to walk up and stand on my chest for a moment, then thwump, he would flop upside down and press his nose into my cheek. He would lay there for as long as I would let him, purring contently the whole time. He sounded just like a person walking down the stairs and more than one visitor in my house thought it was a person until he rounded the corner. He liked watermelon and drinking water on the edge of the tub.

I made a very nice photo book from all of the pictures I took of him that I look at nearly every day. Nothing will ever take his place, but I adopted 2 sweet kittens from animal control who have helped me learn to smile again. 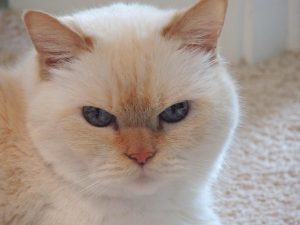